How BJP managed its historic win 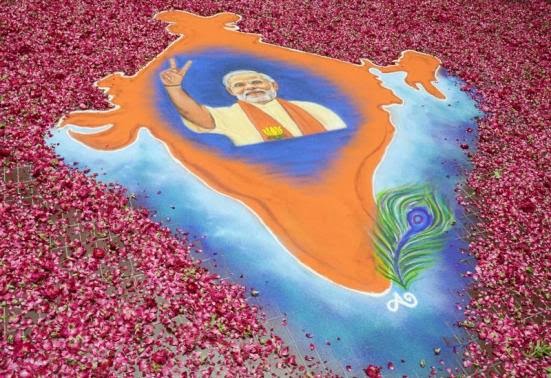 BJP won the 2014 election and got a majority on its own (282 seats). it came to power with only 31% share of the popular vote. Infact it is the lowest vote share for a single party since 1967 where congress party won 283 out of 520 seats with 40.8% of the votes. Indian polity is heavily fractured. It is precisely because the vote is so fragmented that the BJP was able to win 282 seats with just 31% of the votes.

In terms of vote share, BJP is on the top with 31 per cent, followed by 19.3 per cent for Congress. Only seven parties have managed to get more than 3 per cent vote share and include BSP, Trinamool Congress, SP, ADMK and CPM.

These 7 states amount for slightly more than 50% of Lok Sabha seats at 276 (total 543 seats). BJP clinically targeted these states and walked away with 211 seats by itself and with Siva Sena it got 229. Remarkable as in as many as 4 states U.P, Maharashtra, Karnataka it was not in power. Its image was not very favorable in Karnataka (it was riddled with corruption charges when it was in power the last time it ruled the state).

Modi’s concentration was also on another 7 states where it could do well, Assam, Haryana, Jharkhand, Uttarakand, Himachal Pradesh, Chhattisgarh and Delhi. These send 65 members to the lower house and BJP got 52 out of 65 seats a whopping 80%.