News papers have knowledgeable staff who are good at English and at proof reading. Many goof ups still happen. Similarly, advertising agencies also have specialized departments that are supposed to take care of goof ups. But in spite of their best efforts goof ups happen and lighten our life. 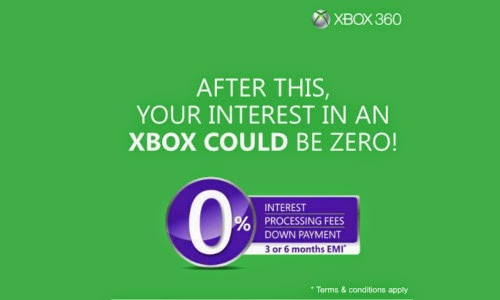 Zero interest in XBOX. oops that is not what they wanted to convey. They wanted to ignite interest (pun unintended) about their zero percent interest plan.

Dies at last! Looks as if the newspaper was waiting for the singer to die. They wanted to convey that the singer died after long ailment.

Big OOPS by Macy’s. A catalogue that was mailed to customers had quite a bargain. The advertisement  listed a $1,500 sterling silver and 14-karat gold necklace for just $ 47. The advertisement was supposed to be $479, but a copy editor left off the “9″. Dozens of customers showed up at a Macy’s store to snap up the deal before Macy’s caught the mistake and put up signs saying there had been an error! 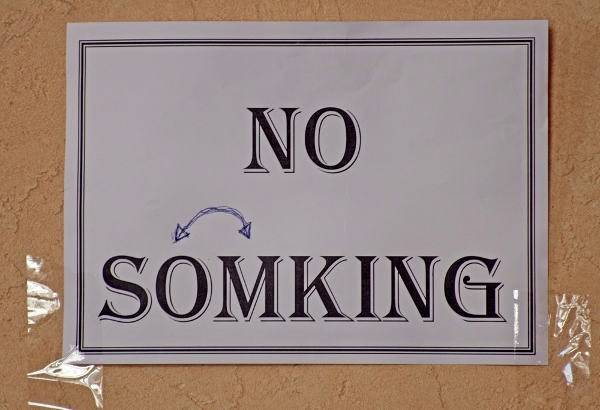 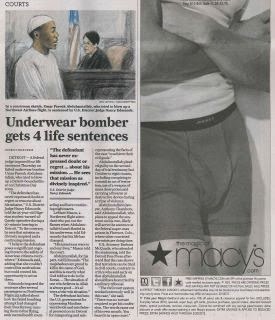 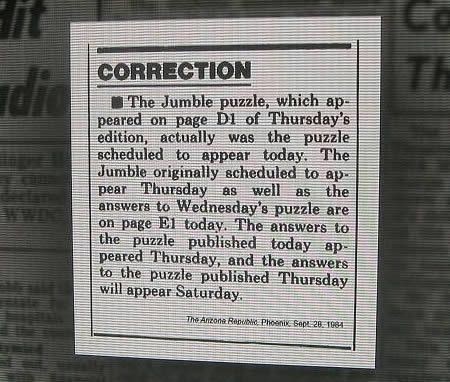 Even after reading it many times it makes no sense at all. I am told that a recent telugu movie MANAM is inspired by this goof up. In this movie the actors (grand father, father and son in real life) act as  grand son, son and grand father in a movie. The plot is so complex and contrived that it is leaving the viewers totally confused and gasping for air. 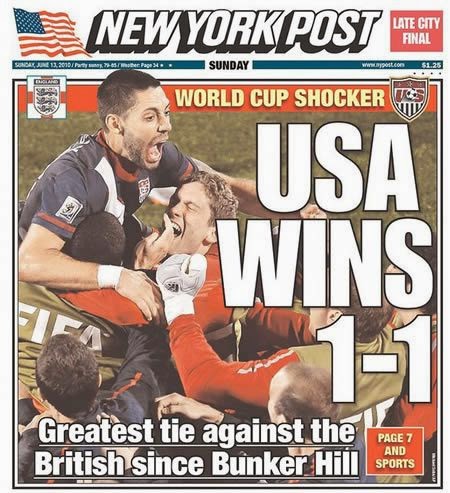 Okay okay USA does not do well in soccer. But that does not mean that a drawn match can be claimed as a win. Talk about misplaced enthusiasm!. 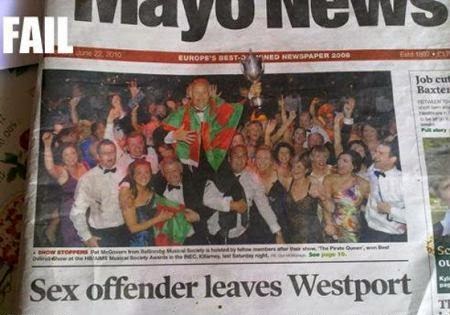 The photograph shows a man holding a trophy afloat. And the story says sex offender leaves Westport.  Looks as if Westport gave a grand send off to the sex offender! 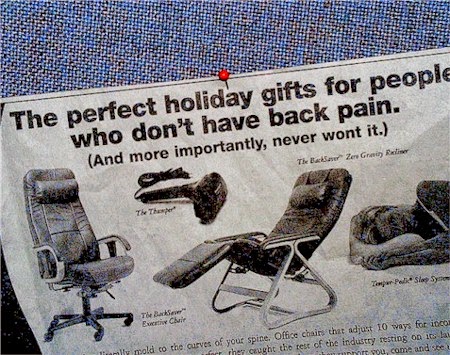 The advertisement that gave back pain to the company that advertised the products and lot of other pains to the advertising agency that created this masterpiece!