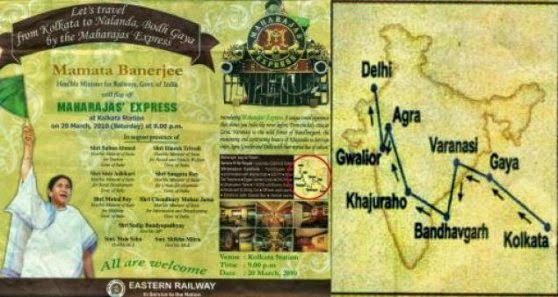 This is what the map showed - New Delhi is no more India’s capital. It has become part of Pakistan. Varanasi is now a part of Orissa. Kolkata and Gaya are two islands in the Bay of Bengal, and the north Indian city of Gwalior is now a part of Maharashtra.

These are some of the magical geographical transformations reflected in a full page advertisement published by Eastern Railways in all leading newspapers of the country.

The advertisement had left the Eastern Railways officials red-faced, and unleashed another round of the popular bureaucratic game known as ‘pass the buck’, with the officials scrambling to escape the wrath of the railway minister. They have laid the entire blame on the ad agency which was contracted to prepare the advertisement.

The chief PRO of Eastern Railways, Shamir Goswami, apologized profusely for the mistake while facing the media. “It is really a bad mistake. We apologize for it. We’ve suspended the ad agency concerned and also blacklisted them,” Goswami said.

According to him, while giving the assignment to the agency concerned, the Eastern Railways authorities had only provided them with route details, and not given them any map. “Therefore, it is they alone who are to blame for the mistake,” he said. (March 2010).

13. Foot over bridge:  The GHMC (the Greater Hyderabad Munipical corporation) build as many as seven foot over bridges at a great cost of 7 crores. One of them the one at Mehdipatnam had to be pulled down immediately. The reason it was in the way of the PV Narasimha Rao express high way flyover that connects the city with the Rajiv Gandhi international airport.  As many as four other foot over bridges have to be dismantled to make way for the proposed metro railway network. Talk about total lack of coordination between the various department of the state and central governmental agencies.

Incidentally Dr.Vani Mohan (who appears at 1.07 of the video), Additional Commissioner, IAS, is my classmate. We have studied at Osmania university, College of Commerce and Business Management (1985-1987).

14. Flyover: Similarly a flyover constructed at Tank bund in Hyderabad become the visible example of the goof up that a government can commit. The flyover was half completed before the government realized that it did not know where to land (on the tank bund side) the flyover. The contentious issue was due to some political issues that got connected with the landing of the flyover, It was a visible symbol of governmental inaction for many years. Finally the flyover got its landing on the lower tank bund side and the citizens of Hyderabad gave a collective sigh of relief. 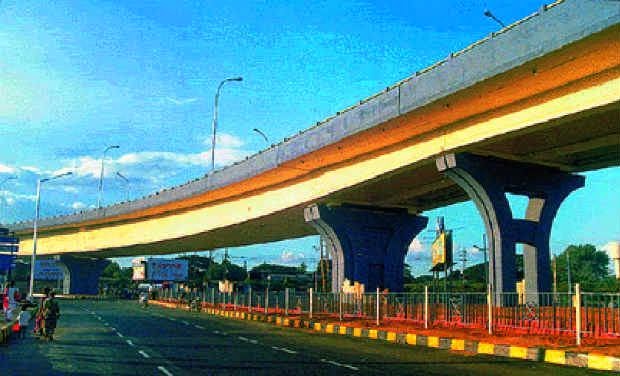