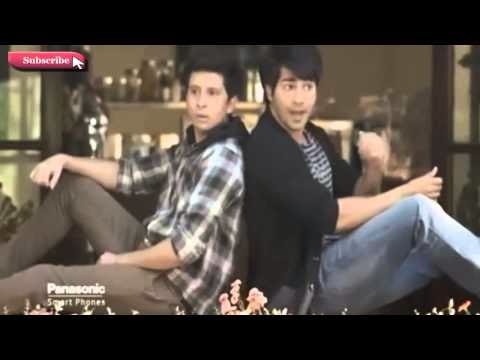 One of my oft repeated quote has been "Common sense is not very common". It is applicable for everyone including you me and all the corporates. Especially the corporates who spent crores and crores of rupees and yet come out with howlers.

Let's take the case of Panasonic Mobile Phone T31 advertisement aired on all the  major TV networks recently. The Hinglish version of the advertisement goes like this: Two young men are comparing their phones, one has a Panasonic T31 and the other has a popular Phone (S4 from Samsung?). The popular phone  guy reels off the features of his phone and all the features are matched by his friend having the Panasonic phone.

The idea by itself is brilliant that Panasonic is as good as any other phone and that is very reasonably priced  and value for money at  sub 7500/-.  That we can get a phone that is comparable with a one costing 25,000/- (Samsung S4) the phone so costly that the buyer has to pay for it in installments (EMI).

What is surprising is that it went under the radar of Panasonic and got telecast! The way out is to get the advertisement translated and show it to people who know all the three languages (English, Hindi and Telugu). Even better show it to a total stranger and he/she would have told Panasonic about the goof up. These types of translation mistakes happen as most of these advertisements are made and dubbed in Mumbai and the dubbings are done in haste and by Mumbaites who might know a smattering of telugu and are not totally proficient.