The Making of the Prime Minister - Narendra Modi - Part II 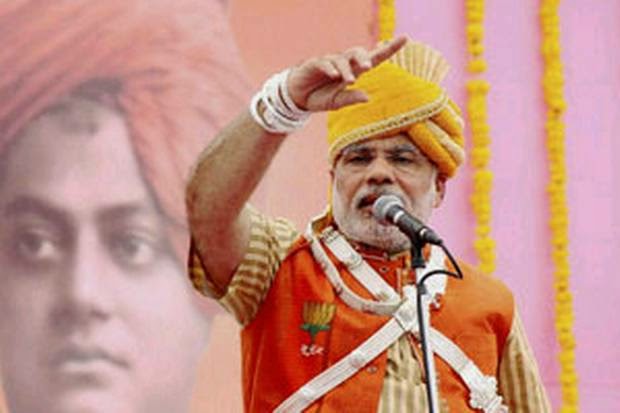 4) Modi and Media Management: Modi is very media savvy and employs an army of netizens who guide him in digital marketing. Modi deployed many software engineers in Hyderabad and Bangalore who would tell him how to leverage Facebook, Twitter, blogs and other tools of Social media marketing. These netizens were the back bone of media strategy that Modi used. They would be online 24x7 and trawl the net for any adverse comments about Modi, BJP and bombard that comment.  This barrage would result in the comment getting deleted.

This net savvy Modi army was very smart. They would use any media item to project Modi and make fun of Rahul Gandhi. There was case of a young woman taking a peck on Rahul’s cheeks In Assam. It caught the attention of the media. The next day a woman committed suicide in that particular district. Immediately the Modi brigade was on its way. They reported the same in the social media saying “the woman who kissed Rahul Gandhi committed suicide”. This became the talk of the town. No amount of clarification by the congress about the falsification of the report made any sense. The smear struck!

Lesson: You are what you project. Keep adapting to new technologies and always keep yourself relevant.

5. Modi and the team: Modi has done a three month course in public relation in USA and is a master in image projection. He has a crack team of IAS officers on whom he is totally dependent. His man Friday Amit Shah was given the target of Uttar Pradesh and told to get at least 50 out of 80 seats. Amit did even better he got 71 out of 80. A total disciplinarian and an autocrat Modi knows exactly what he wants. His campaign was run like a marketing campaign of a MNC. It set out a target for the foot soldiers and Modi saw to it that they achieved the target.

Lesson: 1+ 1 can be 11. Team work is very important. You are as good as your team. No one is more equal. The team has to pull in a single direction and in unison.

6. Modi and his allies:   Modi quickly realized that India was too big and too diversified for BJP to go alone at the elections. He very carefully picked up his allies. He zeroed in on Chandrababu Naidu from Andhra Pradesh and Siva Sena from Maharashtra. Both delivered. TDP got him 16 and Siva Sena got him 18. That is a whopping 34 seats. Add that to 283 that BJP got on its own and the tally goes up to 317, well beyond danger. It is actually a commanding height as far as majority is concerned.

Lesson: There are no permanent friends and enemies either in business or in war. TDP and BJP are not easy partners. But being together paid them rich dividends.

7. Sidelined possible challengers: Modi is very shrewd. He guessed immediately that BJP was not backing him totally. He picked up his possible challengers and ruthlessly put them on the back bench. He dealt severely with L. K. Advani and Advani had no option but to fall in place. Same was the treatment that was meted out to Jaswanth Singh. Jaswanth was ousted out of the party. Yes there are people sulking in the sidelines but Sushma Swaraj has been dealt with and another possible challenger Arun Jaitley lost the elections. (is it possible that Arun Jaitley’s loss was due to his own party?).

Lesson: There can only be one strong leader. Army has only one commander-in-chief. Good or bad. Too much discussion and back biting could mean loss of valuable time and wasted opportunities.

8. Turned all disadvantages into advantages: Modi turned all his disadvantages into advantages. People smeared his characters, tom tomed that he hid his wife from public, that he is from a backward caste, that he was an autocrat, that he has no experience outside Gujarat etc. Modi projected himself as a national alternative to Congress party. He continuously sniped at Rahul and at Sonia Gandhi. Congress had no answer to his well-directed barbs. In the end the congress party simply gave up the fight. The anti-congress wave that was sweeping the country (high prices, corruption, and lack of accountability) was very adroitly used to whip up anti Sonia Gandhi and Rahul sentiment. This paid very rich electoral dividends.

Lesson: There are different perceptions.  It is how we take things. Glass half full or glass half empty is only a point of view.

9. Total confidence:  Modi had total confidence in himself. He projected himself as a person in charge. He spoke as if he was already the Prime minster. He made the right comments, right promises and played to the gallery. His boast that he would make India so prosperous that US citizens would be queuing up for visas to come and work in India for example satisfied the ego of the middle class Indians who voted in droves and firmly put Modi on course to no 7, Race course road, New Delhi.

Lesson: In many cases it is confidence that is the difference between a win and a loss. In cricket for example the West Indies and the Australian teams showed the confidence and the will to win. Before that will and confidence many teams including strong teams simply wilted and faded away.
Posted by Dr. M. Anil Ramesh at 8:04 PM