Look Before You Leap - Myntra and the Logo Change! 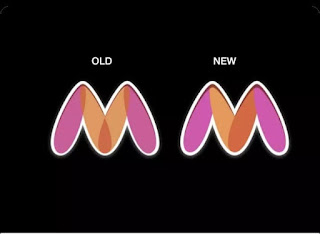 Myntra is in news for all the wrong reasons. Some people have found its logo objectionable. And Myntra was forced to work on its logo with a huge outlay of investments in money and effort.

Without taking sides, it is a lesson for all especially for entrepreneurs about the perils of public discourses about their logos and publicity material and the resultant vigilante activism.

Most smirked when it was reported that the CEO of Eastman company spent a fortune to find a word that does not mean anything (positive, negative, vulgar, offensive, hurting religious sentiments) in any world language.

And the word finally used by Eastman company "Kodak" does not mean anything in any language. So companies be careful about what you say, what you show and what it means. Each element in the public domain can come back and bite, may I add viciously!

Patrick Anthony: Perception by a Consumer, five years after launch. Adds to the list of Communication mistakes.

Rajkumar Selvaraj: Now anything with M will be looked upon with avarice...but tell me what about the alphabet M? Should we remove it??