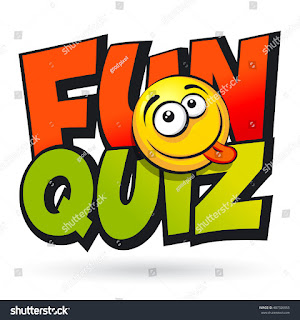 Just for fun. Try answering (honestly) without Googling. That is the fun way.

The eccentric Raaj Kumar and Zeenat Aman. Once in a drunken stupor, he even called the curvy Zeenat Aman "a boy"

4, 5 and 6) Which actor refused to be a hero in an iconic movie. He said to the director "Aap ke bal se Sarsong ka tel ka Badboo aathi hai". Name the actor, the movie refused, and the director? :

Who else but Raaj Kumar, the movie he refused Zanjeer and the director was Prakash Mehra.

8) 😎 Which actor was referred to as Gurkha?: Rajesh Khanna

9 and 10) Which actress when talking about an actor said, "we are so close that we share our toothbrush". Name the actor and the actress?:  Rajesh Khanna and Tina Munim.

11 and 12) The great NTR saw a Hindi movie and remarked this about the hero (an already famous actor) "This man (abbayi) is so good that he will be a great actor". Whom was he referring to and what was the movie’s name?: Dilip Kumar.

13) The movie Gundamma was a remake of another movie. who was the director of the original movie? : Vittalacharya.

14) Which film star's nicknames are GM and MG?: Grand Master of dance and Maha Guru of dance, Mithun Chakraborty.

15) The forefathers of the Ex-Chief Minister of Tamilnadu, K. Karuranidhi are from which state? : Andhra Pradesh.

16, 17, 18) Which actor and actress have acted in most films as hero and heroine. Name the actor, actress, and the number of movies as a pair?: Prem Nazir and Sheela in 130 movies.

19) Which film actress was so brainy that she was a state topper in the tenth examination? : J.Jayalalitha.

20) Rajendra Prasad the actor is related to which legendary actor? : NTR.

22) This Indian movie is listed at number 14 by Channel 4 in its list of "Top 50 Films to See Before You Die. The same movie was ranked at number 55 in the Empire list of "The 100 Best Films of World Cinema". Name the movie? : Laagan

23) Name the theatre in Chennai where you could watch a movie as many times as you wanted (Sadly this theatre no longer exists)?: Blue Diamond.

24) What is the original name of the comedy actor Johnny Lever and he was born and brought up in which state? : John Prakasa Rao Janumula hails from West Godavari district, Andhra Pradesh.

25) Shobha De the fashion diva and novelist was also an editor of a film magazine, name the magazine? : Stardust.

If you can get 15 out of 25 without googling, then consider yourself a film buff!

Congratulations to all who have tried. In India, we need to be good in cricket, movies, and politics to make a good conversation!