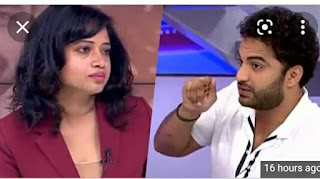 All ado about nothing!

Telugu televison shows have become a joke. They only crave for sensationalism and for TRP.

Most of them never touch upon serious issues and always delve on non-serious, lighter topics.

Yesterday's "SERIOUS" discussion between the anchor and Vishwak Sen smacks of match-fixing and a very low level of journalism.

The channel claims that the actor gatecrashed the show. So, stop him from entering the debate!!!  No, the actor gate crashed and is allowed to talk.

To say the least the anchor proved to be a better actor than Vishwak Sen, who walked out happily. The deal done and the movie got the publicity that it craved for!

End of the day, lot of masala on the social media and enormous free publicity for the movie!