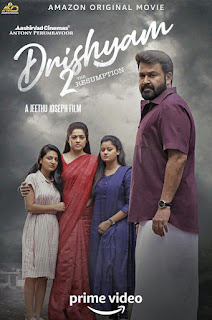 CoVid pandemic has definitely changed the way we watch movies. Gone are the days of mega movies, fanfare, and first-day first show!

The fulcrum of viewing had shifted to the viewers and what they like and see is very different from what was watched in the cinema halls.

Content is the king and movies from Malayalam, Tamil, and Kannada film industries are ruling the roost and the poor Telugu industry had fallen behind and appears like fish out of water.

The best movies are from the above three languages. The movies are slick, short, well narrated, and most do not have irritating comedy tracks and last for roughly two hours.

Topically made with great locales, tight budgets, and riveting screenplay, they are apt for the OTT audience. For example, Malayalam movies are made with tight budgets and succeed in breaking even or making decent profits on tight movie budgets.

Also, most Telugu movies have jaw grating silly comedy and sillier songs. They go overboard in all aspects and tend to be too larger than life, In short, they are suited for large movie screens.

They appear outdated and many OTT viewers are shifting to other languages.  Wake up Telugu film Industry.

Krishna Panyam: Probably true, so a useful thing to do is to find and promote the better Telugu movies. I am sure there are one or two, which are lost in the mess.

Rashmi D Rao: Well observed sir. I agree. The comedy level is so poor, that even the comedy shows that are telecasted on the TV aren't good at all. They portray double meaning poor jokes, men turning into women. badly dressed and they call it entertainment. Some movies are really good but they aren't promoted well.