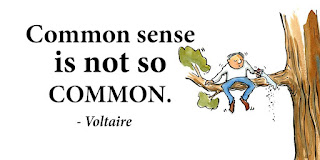 We Indians are great at washing dirty linen in public and every event is a chance for all and the sundry to jump into the fray and start slugging it out. It is free for all like the famous Spanish tomatino throwing festival.

Suresh Raina returned from the IPL tournament in Dubai and the mud started flying everywhere.  People drew their daggers and reasons for his return were brandished freely.

The reasons ranged from, many CSK players testing CoVid - 19 positive, to Suresh Raina fearing for the safety of his children to his uncle being killed in an attack.

What is the big deal? It is Suresh Raina's choice and we should respect his decision not to play. No we will not leave things that way! We Indians are wired differently!

Today Mr.N.Srinivasan jumps into the battle. He accuses  Raina of being a spoilt sport. He says success has gone to Raina's head. Stories about Raina's so-called Churlish behaviour about his hotel room not having a balcony are leaked to the press.

Attempts are made to drive a wedge between Raina and Dhoni. It is said that Raina complained about his hotel room to Dhoni and that Dhoni expressed his helplessness and said that he could not help Raina! How incredibly silly! If it was not so silly we would be rolling on the floor laughing our heads off!

Srinivasan should have been in the movie business!. Aping Shashi Kapoor from the movie Deewar  he said 'hamare Paas Dhoni hai' and just like children he almost puts his tongue out,  leers, and says "we don't need you".

He tells that Suresh Raina will regret his actions and that he will be poorer by 11 crores. What crime did Raina commit? He does not want to play. So what, heaven will not fall from the sky. Life will continue and we all will move on.

The funniest part is, that all this is coming from a man whose introduction of his son-in-law to CSK finally led to CSK getting banned from IPL for two years.

Looks like some people like Srinivasan will never learn. Fools rush is where prudent men tread cautiously!.

Like I always said Common sense is not so common. Have a life Srinivasan, trash out your issues in private and don't let this issue become a slugfest between you and Raina.

Raina displayed maturity beyond his age and maintained a stony silence and has not fired from his mouth like Mr.Srinivasan. All in all this episode does leave a very bad taste in the mouth!