What's in a name - Everything - Stories and incidents about my name - Dr.M.Anil Ramesh 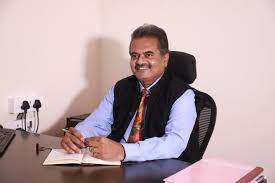 I heard of another story that might be incorrect. I was told that Dhanalaksmi aunty used to sing Rajasekahara nee pai mooju teeraledura and that is how the name Raju stuck. I am subject to correction.

Very strangely, I respond to Raju only at home. We have had lots of Rajus in workspaces, and anyone calling Raju and I would not respond.

We had 14 variations of Anils in intermediate, and it whittled down to seven in Nizam College.

In MBA, once we were sitting in the library, and sitting in front of me was my degree batch mate from Nizam, Anil Mutta. And a guy was sitting next to him. Anil Mutta asks this guy, "What is your name?" The guy responds "Ramesh (Ramani Akka would remember this guy, his sister was Ramani Akka's classmate). Anil Mutta responds and tells them his name.

Ramesh turns to me and asks "What is your name?" And for the next ten or fifteen minutes, Ramesh was furious with me.

I had to show my ID card to prove that it was fate and not me who played the joke.

Once I was invited as a guest at a college and on the dais were two nameplates 'Anil and Ramesh.'

I told the organizers (with a  straight face with grinning internally) that even though my frame was big, my name was still one and that is M. Anil Ramesh.

Even today lot of people call me Anil Ramesh and not M.Anil Ramesh. Despite repeated requests, they persist. This list includes Dr Sailesh Sampathy.

The second joke incident about my name happened when I was in Muscat. My boss's name was Tom O'Neil, and for the first two days, he gave me looks loaded with pity.

Overcome by remorse on the 3rd day, during the tea break, he remarked: "your parents must have had a quirk sense of humour". I took a double-take and asked "why so" "how can they name their son A NIL Ramesh?" was his perplexed query.

I wanted to explain and tell him that Anil means Vayu and that Vayu was the god of wind but groaned internally. He might think that I am full of air (a person telling lies) or that I am liable to pass air.

Clearing my throat, I almost said, "Tom, Anil in Tamil means a squirrel" biting the words, I sullenly lapsed into silence. Till the time I left Muscat, whenever he wanted to irritate me, he called me A NIL Ramesh!

Email ThisBlogThis!Share to TwitterShare to FacebookShare to Pinterest
Labels: - Stories and incidents about my name - Dr. M. Anil Ramesh, What's in a name - Everything