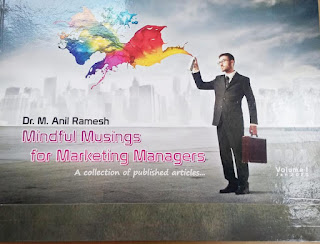 Thrilled to inform you all that one project that took most of my time during the Sankranthi holidays and the last ten days has finally been executed.

I was very keen that all my articles published in The Hans India (149 in all) be published and made available in a neat format. Of course, plans are on to publish them in pocket-size novel format. 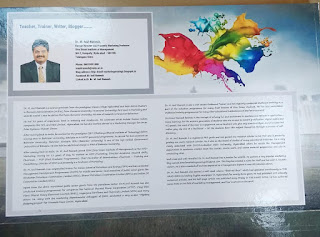 But I wanted to get them published in a format that comes closest to the way they appeared in the newspapers. I tried getting the newspaper articles laminated back to back and preserving them for posterity.

The problem was the result was cumbersome and the articles size was not uniform. Some were short and some were extraordinarily long. 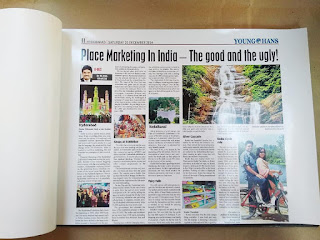 I wanted the result to be uniform, glossy, and easy to read. So I went to 'my go-to man" Y. Srinivas Rao. He suggested that we try to get PDFs of all articles. 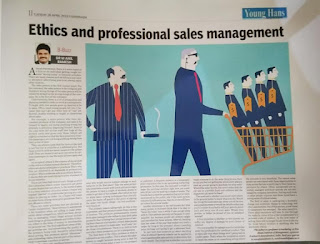 We were lucky to get PDFs for most articles. Srinivas painstakingly arranged all the PDFs in the readable format and made them ready to be printed in A3 format. 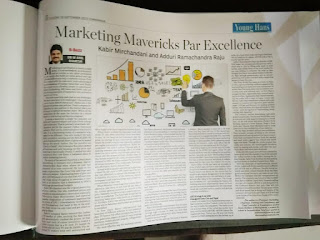 He also created a stunningly good cover page, table of contents, and author's profile. His creativity Shine right through the project. He faces lots of problems and issues but was unflappable in his conviction to see the project through to its logical conclusion. 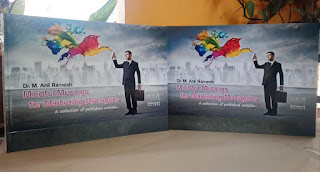 The next challenge was to get them printed on art paper of A3 size! Somehow he overcame the problem and later we faced challenge of getting them laminated.

Once it was done, we had to overcome the final struggle which was to get it bound so that the two volumes become collector's items. 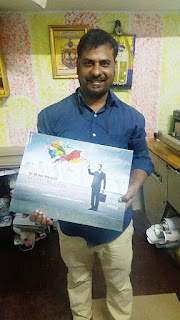 Most binders simply gave up the minute they saw the magnitude of the work. Only one man, Mr. Krishna was up to the challenge. He was passion personalized. The work became his Manasa Putrika (dream project). He took his time but delivered a bound set that was beyond what we expected.

He was so possessive that he was chiding and guiding Srinivas as to how to handle the set properly at the time Srinivas was taking the delivery of the bound sets.

Thank you, Srinivas, Bhanu (the printer), and Mr. Krishna the binder. One item ticked off in my bucket list as far as printing of my published work is concerned! My 149 articles are published in two volumes.