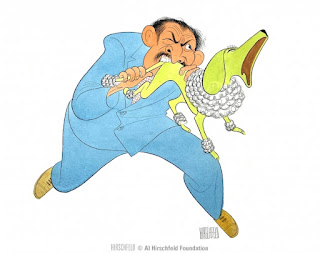 I always told my students that it is not news when "a dog bites a man", it becomes news when "a man bites a dog". You need to be creative to catch attention.

Most Indian TV and reality shows are downright mediocre and straight copies of western shows.

One original Indian show that unfortunately does not exist any longer is the Antakshari show, the popular Indian "film sing along' game that is popular among almost all Indians.

The four shows that were/are original are

1) America's funniest Home videos:  a series of funny candid videos about people and about cute kids and animals. This show went on and on and is still very popular on YouTube.

2) Just for laughs, Gags: Again a series of candid camera capers, the elaborate planning that goes into executing these gags with hidden cameras makes this show an evergreen hit.

4. And finally "Bullsh*t, the game show": Usually most quiz-based game shows are about knowledge (Whether real, acquired, trivia-based or simple luck-based).

There are reports of how contestants cram data and prepare for years together to get a crack at who wants to be a billionaire or Kaun Banega Crorepati the Indian version.

Kaun Banega Crorepati usually features a very moving sob story of how the contestants have slogged and how winning the big prize can change their lives, their family, and that of society.

You are left with a warm glow in the stomach. All that so-called trivia knowledge is supposed to leave us dumbstruck and we are supposed to be in awe of the winners.

But "Bullsh*t, the game show" turns the entire concept on its head. It is a show about the contestants who can win either by correctly answering or by bullshitting (pretending to know the correct answer).

Kudos to the show producers for coming out with a tongue-in-cheek show that cooks a snook at the so-called intellectual quiz shows. Watch "Bullsh*t, the game show" on Netflix.